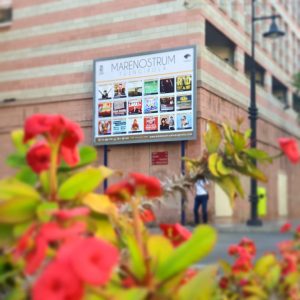 Can you think of something better tan a fresh beer? Although it is an alcoholic drink drinking beer in moderation apart from calming our thirst can also have a positive impact in our health.

Beer is 93% water, so it helps us stay hydratated. It is also low in sodium and high in potasium. It helps us to prevent cardiovascular diseases and it contains good cholesterol. It is high in vitamin B and contains minerals which help us to prevent bone and neurodegenerative diseases. It mitigates ageing and in the case of women it helps to reduce the symptoms of menopause.

As you can see there are many good reasons to have a beer, so if you are one of those who really love having a good glass of this bubbly drink while enjoying some fresh air you will certainly like the plan we are going to suggest this week.

This week, from Friday the 12th to Sunday the 14th of April, La Cala de Mijas will hold a craft beer festival.

There, apart from drinking some great craft beer, you will have the chance to have fun with the entertainment as there will be a DJ playing some great music.

If this weekend you are on holiday with us at Hotel Yaramar, your hotel in Fuengirola, and you fancy a good beer do not hesitate to visit La Cala de Mijas… Cheers!!

This website uses cookies to improve your experience while you navigate through the website. Out of these, the cookies that are categorized as necessary are stored on your browser as they are essential for the working of basic functionalities of the website. We also use third-party cookies that help us analyze and understand how you use this website. These cookies will be stored in your browser only with your consent. You also have the option to opt-out of these cookies. But opting out of some of these cookies may affect your browsing experience.
Nécessaire Toujours activé