Are you currently on holiday at Hotel Yaramar, your hotel in Fuengirola, and fancy doing something a bit different without having to go too far? 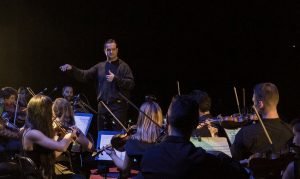 If that is your case and you also quite like classical music you might enjoy the free concert that the Fuengirola Council has organised this weekend in the Palacio de la Paz Auditorium (Fairground).

The concert is on Saturday, the 22nd of January, at 7:00 P.M and in it some not so well-known classical pieces from the late 19th Century and early 20th Century will be played.

The concert is by the Iberian Sinfonietta, an orchestra of professional musicians based on the Costa del Sol whose aim is to support and promote classical music.

We wish you a very enjoyable weekend and hope you make the most of it by assisting to this brilliant concert.